The impetus for many of the photographs on this site was a desire to record the last workings of the class 24s. By 1977 there were only 12 left in service, and the previous rate of withdrawal suggested that they would not last much longer. However, they survived through most of 1977 unscathed. Early in 1978 railtours ran to mark the end of the class, and numbers indeed were reduced. But 6 continued in service, and suddenly had an unexpected 'Indian' summer.

Llandudno Junction depot had a daily DMU diagram which covered

Early in the summer of '78, on Mondays to Fridays, this diagram was turned over to loco haulage with 6 mark I coaches, with the loco coming from the pool of small engines that worked into and from the Junction on the North Wales freight trip workings. These engines included all the remaining 24s, only one of which (24082) was one of the boiler-fitted 'passenger' 24s. Throughout the summer, the Junction regularly turned out a 24 for this diagram, with class 25s working when a 24 was not available. At this time I was living in Bangor, but working in Stafford, so I did my best to see the train at one end or the other of the Crewe-Bangor leg - and this part of the diagram had the reporting number 2D53. 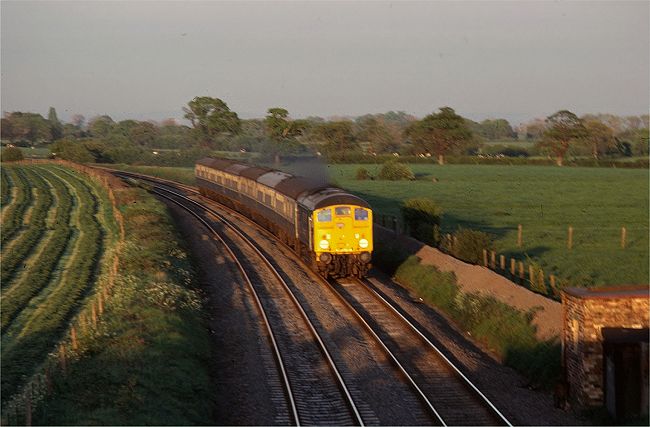 At the end of the summer the diagram reverted to a DMU roster, and the 24s went back to freight workings. By the end of the year, all but one of the remaining 24s had been withdrawn. 24081 somehow survived in service until 1980, but 2D53 in 1978 was the last service worked regularly by the 24s.

Of course small engines on small rakes of coaches did return to the coast, but that story has been covered elsewhere....... But if you chased the 37s along the coast in the '90s, imagine the same trains with smaller engines and heavier trains and you'll get a flavour of 2D53 restarting from its stop at Penmaenmawr and hammering up the rise towards Llanfairfechan on a summer evening in 1978.

This site is dedicated to the enginemen and shed staff at Llandudno Junction depot who shared the enthusiasm for the small engines.